The coffee morning is a major fundraising initiative from the MacMillan Cancer Charity, which saw the charity raise over £15 million in the UK. Woodfield raised over £100 last year and the organisers were hoping for a big response from staff. There were some fantastic cakes available, and only a few crumbs left after break.

A big thank you to all the staff who bought some cakes and coffee, and an even bigger thanks to those who spent part of their weekend baking! Stay tuned to see if we can raise more than last year! 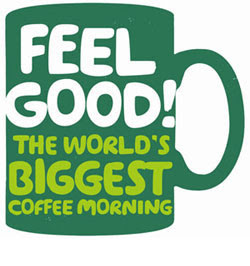 This year almost £100 was raised again. Well done everyone!