Pupils in KS4 Art have attended a one day Japanese printmaking workshop at the British Museum. Pupils thoroughly enjoyed the session and they wanted to come back to school and make more woodblock prints! As a result of their enthusiasm and beautiful prints they had produced, the Art department has invested in purchasing Japanese woodblock printmaking equipment so that other pupils can also acquire these skills. 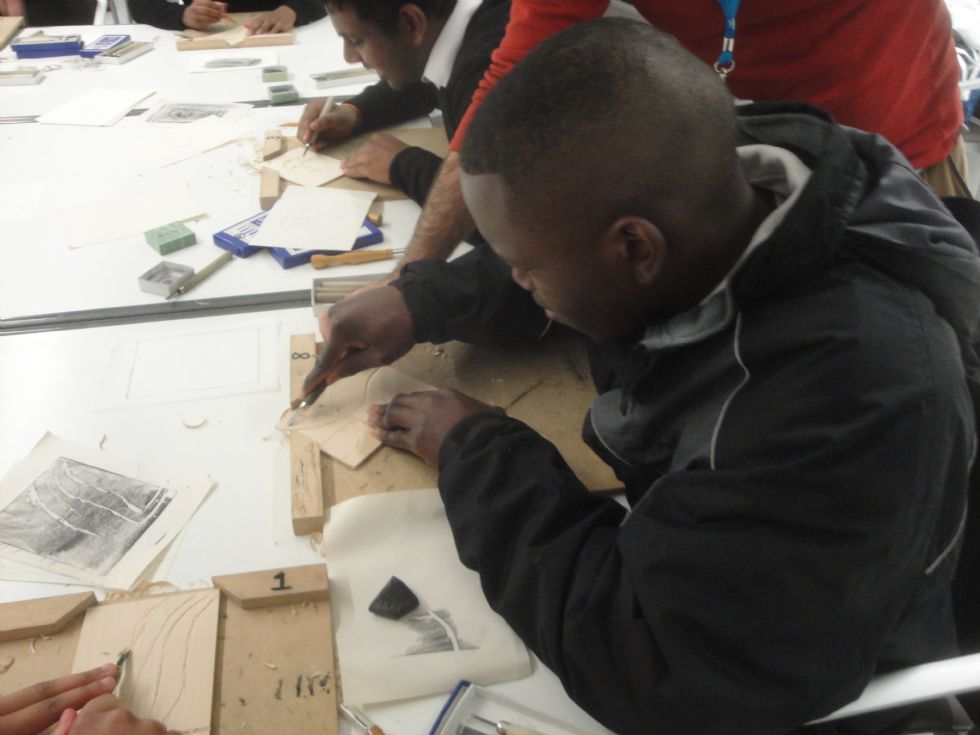 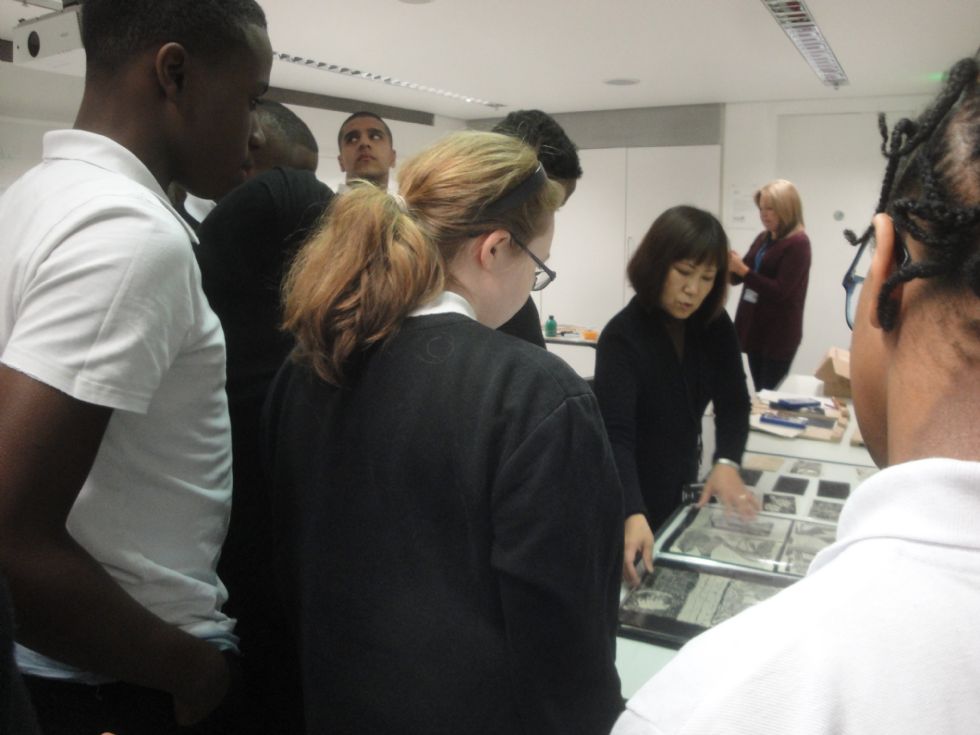 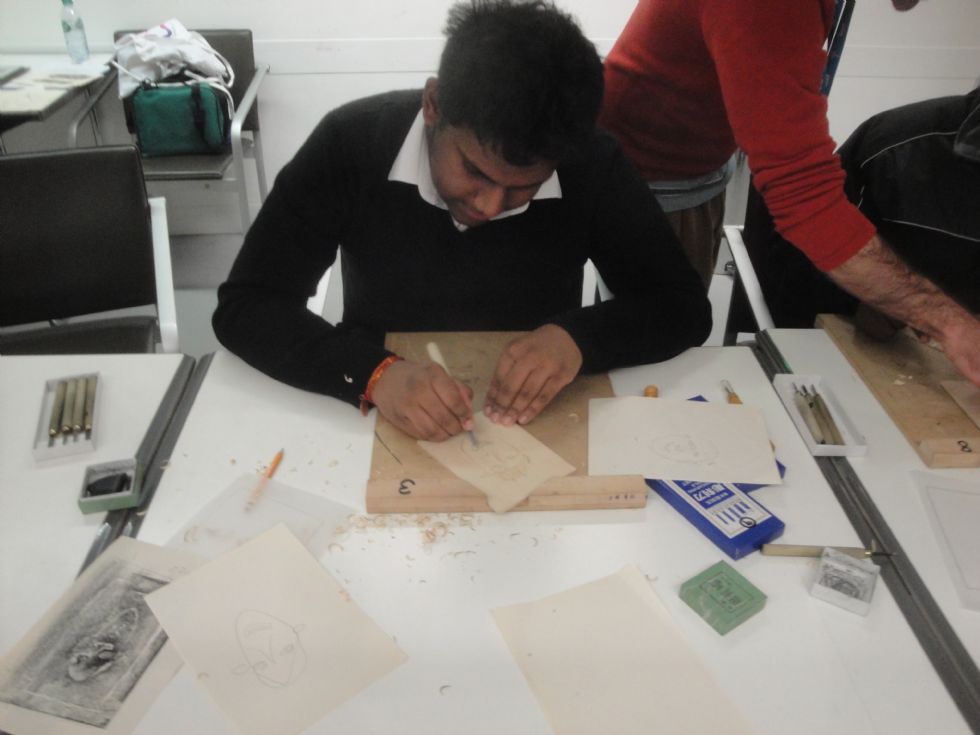 Pupils were initially shown a range of different woodblock prints. They were taken into the Japanese gallery to view a range of artwork ranging from paintings, sculpture, textiles, ceramics, Armour and print. Pupils were asked to produce several simple line drawings of objects that they found interesting. Pupils returned to the workshop room and were introduced to the traditional techniques and tools that were used to produce a Japanese woodblock print. They had to carefully carve the outline of their image into the wood, any wood they had removed would remain white. Pupils had to ensure they followed the instructions carefully as the process of inking up the woodblock is more complex than producing a lino print. Once they had inked up their woodblock, they placed the design onto Japanese paper and used a plastic baren to transfer their design onto the paper. The prints had to dry before we wrapped them safely and returned to school. ​