On Tuesday 2nd May Woodfield School took part in a football competition in partnership with Riverside School in Tottenham.

Woodfield won all 3 group games and came top of their group. In the semi-final Woodfield beat Hornbeam 4-1, but unfortunately lost in the final 2-1 to Oaktree, despite desperately searching for a last minute equaliser..

Jayden from Year 11 won the Golden Boot as the top goal scorer in the entire competition with 8 goals. 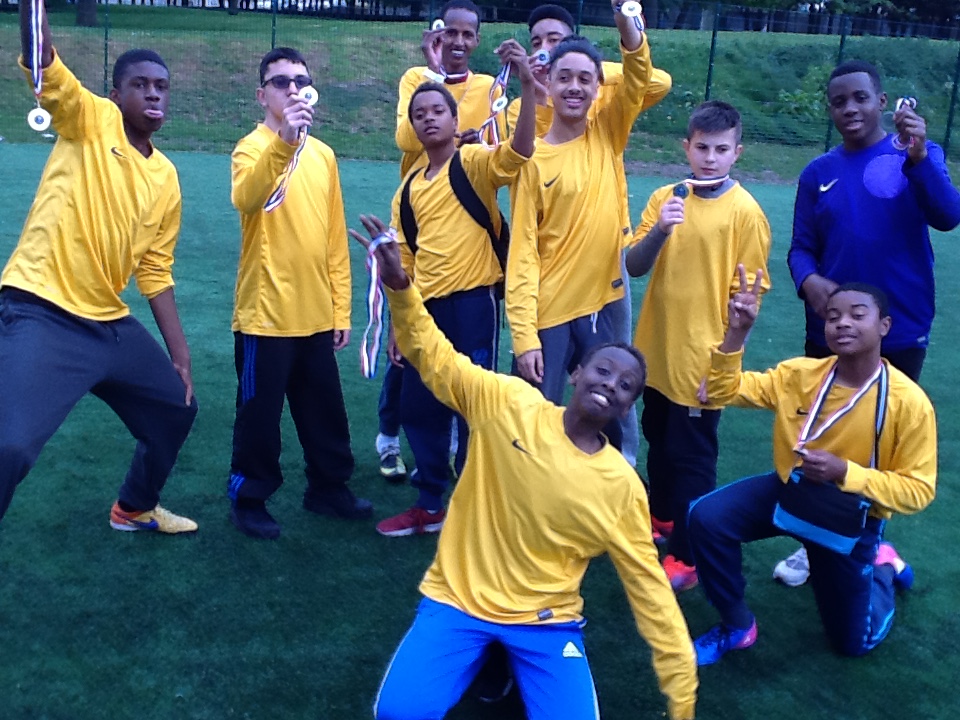 Key Stage 4 pupil Pharell said, “The competition was great, as we had been practising during PE and extra curriculum clubs at school. We played good as a team, as everyone gave it 100% during the competition.”

PE, Sports Coach and Lead Learning Assistant Shirag Ahmed said that “pupils worked hard during the competition and played all games in a good spirit. They have taken away lots from practice from extra curriculum clubs and PE lessons at Woodfield. Well done to all of the pupils’’.